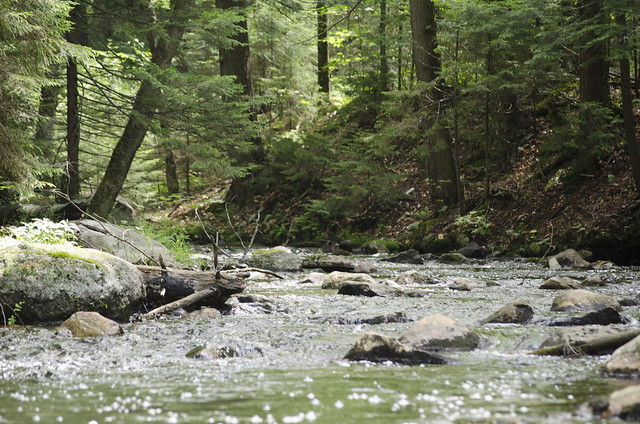 Odd but true that it’s possible for a place one has never lived, doesn’t have a family connection to, and has rarely spent more than a few days a year, to feel just like home. For me, that’s the Fulton Chain of the Adirondacks, the stretch of lovely waters from Old Forge to Raquette Lake.

Boats we have paddled there: a brick of an Old Town with gunwales broken from having been run over by a car, propelled by moose-killer paddles; a Sawyer X-17, a nice wilderness tripper that’s perfect for Adirondack lakes; a smaller Sawyer solo; and a Dagger tandem kayak that has just about outstayed its welcome but does carry two nicely. Lakes we’ve been on: Old Forge Pond; First, Second, Third, Fourth, Fifth and Eighth; Limekiln; Big Moose; Stillwater; Raquette. Places we’ve camped: Alger Island, Tioga Point, Eighth, Raquette, Limekiln, Stillwater, and others I’ve forgotten, mostly in tents until recent years when a desire to sleep dry has pushed us more toward cabins. This year, we took the big plunge and actually rented a private camp for a week, with its own lakefront access, beautifully situated on Third. Despite a week of rain, I got out in the boat every day, got threatened by a beaver, got to float for 20 minutes with a loon, and even went for a hike that gave my boots a wetland scent that may never come out.

My family connections are further east and north, though a great great something or other was a guide on the Fulton Chain in the late 19th century. I never went there growing up, and discovered the area when we lived in Syracuse, but now it feels more like home than anywhere I’ve never lived. The skies, the waters, the hills, the flora and fauna, it all seems like home when I’m there.

Others recharge their batteries by going places they’ve never been before. Me, I need to go home.