A bit of signage from the local TEDx event, stored off to the side in what will be the Colonial Theatre’s expanded space. Phoenixville, PA

Not literally the last time I saw Albany, but the last time I wandered around with a camera looking at it, nearly three years ago now. Have you ever really looked at your city? So much to see.
[Best_Wordpress_Gallery id=”12″ gal_title=”The Last Time I Saw Albany”]

The Troy Waste Manufacturing Company Building has been a major presence on upper River Street since about 1909 (the company is even older). It’s on the National Register of Historic Places, and it appears that (once again) redevelopment plans are in the works. If the building doesn’t get the respect it deserves, perhaps it’s because it literally has a shoddy history. (Apologies if you get the pun; you’re welcome, if you don’t.) If those predicted apartments come to fruition, it’s likely the new owners will wipe every trace of old “No Parking” and “Danger [?] Hoist” signs away, as well as some relatively nice graffiti and stencils of cats. That’s progress, and will keep the building around for another hundred years or so. But still, glad I got these photos before that happens. (Click on a photo, and the slideshow should start.)
[Best_Wordpress_Gallery id=”9″ gal_title=”Troy Waste Manufacturing Building”]

Remember that thing a little while back where I was posting regularly again? Yeah, that stopped. If you like it short-form and forgettable, I tweet much more often. If you like it historic, Hoxsie is still getting updated most days. Other than that, I haven’t even had the commitment to paste a banner over the name of this blog to represent the fact that my life is now quite urban indeed.

So in place of cohesive, coherent writing, let’s do a Top 10 again:

When we moved from Syracuse back to the Capital District, there were a few things left behind that we knew we’d miss and had a hard time finding replacements for – Hofmann’s coneys, fisherman’s cheese, Hyman Smith coffee (and, in restaurants, Paul deLima coffee). But we settled in and picked up the food traditions of greater Albany, and largely forgot that when we moved to the depths of Pennsylvania, there would again be some things we would miss. Some were to be expected, some were complete surprises. And while the local devotion to pretzels is . . . charming, and there are these satanic cookies called Sweetzel’s mini-cremes, it doesn’t quite replace what we left behind. 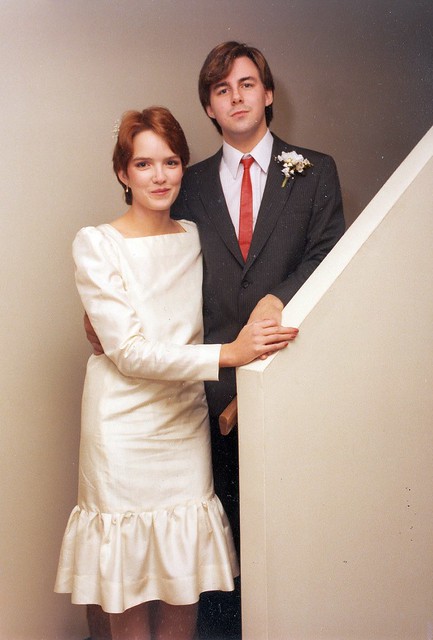 Imelda May at Union Transfer, Philadelphia, 11-7-15

Not sure if it’s the empty nest syndrome or just where we live, but after being a rare event in our lives for many years, going to hear live music is now pretty much a regular occurrence. Living in a major metro area, there are just a lot more shows that are of interest, and living in a town with two great small venues, a coffeehouse and an historic theater, and within a comparatively short drive of many others, it’s hard to sort out all the acts we could hear.

When we lived in Albany, we got out for the occasional show at the Egg, the Palace, sometimes Proctor’s. I’d pretty much given up on SPAC; their “pop” series never had anything I was remotely interested in seeing (that I hadn’t already seen in the ’70s). For classical, we’d go to the Albany Symphony Orchestra or over to Tanglewood. There was the occasional free show at the Empire State Plaza, or even in Washington Park. But it was a few times a year, at most, and if it was on a school night, that was a problem. Our only real exposure to local live music was at Troy Night Out, which was always enjoyable (especially, to me, if Oobleck was playing).

Since moving to Phoenixville, live music has been a constant, both big acts and small. We’re a short walk from three regular open mic nights, but our allegiance is to one at our local coffeehouse, Steel City Café, which boasts the best open mic night in the galaxy. The talent is really remarkable, the styles diverse, and the crowd extremely welcoming. At our town’s First Friday, there is live music all over town, so you can stroll from band to band, and, again, there is some incredible quality. The bars and restaurants (and the Farmer’s Market) in the area strongly feature live music, so you get a real chance to see some talented musicians.

And then there’s that whole metro area thing, so we’ve gotten to see some incredible acts, both right here and in Philly. Last night we made a last-minute decision to walk four minutes away and see Lucy Kaplansky, whom we hadn’t seen in years. (And, tipping the scales on that decision was that a local singer/songwriter we had seen at open mic, Anna Spackman, was doing a full opening set.) The week before, we got to see Phil Alvin, Dave Alvin and the Guilty Ones absolutely blow the roof off World Café Live in the city, where we previously got to see The Church. We chanced upon blues legend John Hammond playing in Ardmore just a couple of weeks back (by the way, blues historians should be writing down everything he says between songs, because the man has some stories). We sat almost uncomfortably close to Marshall Crenshaw as he played Steel City. At the Colonial Theater just a couple of blocks away, Leon Russell sang songs and told stories this past summer. Imelda May was incredible in a medium-sized hall in Philly, the same place where we’re going to see Aimee Mann, Ted Leo and Liz Phair in just a few weeks. We had to skip Joe Jackson because there’s only so much you can do, and, to be fair to our former town, Squeeze and Difford & Tilbrook have been there twice while giving the City of Brotherly Love no love at all.

On any given night, having to decide whether you’re going to venture down the street to hear some live music or not is a good problem to have. Guess what? It IS possible to break a chainring.

I grew up on bicycles. Sadly, a couple of scary accidents in my twenties, including concussions, took me off them for a while; I never did more than the occasional casual cycling and some light bike commuting until I took up road biking again with a vengeance somewhere around 42. So now it’s been about 13 years back on the bike, and I’ve learned a thing or two. If I’m being honest, I’ve learned more about myself than about cycling.

So, it’s been more than a year in our new surroundings. If we’re friends on social media, you already know that we’re completely enamored of our new town. We can walk nearly everywhere. It’s a short ride to the bike path (although road riding around here is not great). We’re five minutes from great kayaking where motorboats can’t go. There are great coffee shops and open mic nights with serious talent. We get into Philadelphia from time to time (visitors are surprised by the mustard). It’s fantastic.

On the other hand, we’re part of the disaster that is metro traffic and live in a town that isn’t connected by rail. Some select bridge outages have made this the summer of whining around here, not without reason, and extensive roadwork has made things temporarily worse. Getting back and forth to Albany/Troy is either smooth as silk or rough as burlap, and then there was that one time when flooding in New Jersey made us those people who drive through floods and took more than 7 hours to make a five hour drive.  Getting to Worcester is never easy. Who knew there was so much Connecticut, and so many opportunities to enjoy it at zero miles an hour?

I determined after several summers of total dedication to renovations that this would be a summer of some level of fun, so not a lot got done on the house, but it is slowly turning into what we want it to be. We solved the problem of the sectional that was bigger than our living room, and got up some stylish shelves. The dining room table, made of beams reclaimed from an 1864 Troy building, is finally finished (well, the surface is. Still don’t like the legs). Many books still need to leave, but since our local library doesn’t do a used book sale, we’re dragging our excess back to East Greenbush. Daughter’s room got half-painted before she left again for school. Air conditioning was installed. There was less cycling than I would have liked, but considerably more canoeing and kayaking than we’ve been able to do in years.

Now, fall will be coming soon and we’ve got plans for painting, rearranging, lighting, and a crazy thought about what to do with a stair rail (so crazy it just might work). Hoping to get into all that soon.

But first, a quick trip back to the ALB.